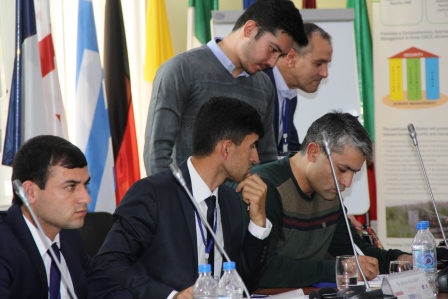 A short training course on fight against chemical precursors trafficking used in the illicit manufacture of narcotic drugs and psychotropic substances concluded in the Border Management Staff College on November 13th, 2018.

Organized by the French Ministry of the Interior's International Cooperation Service, based at the French Embassy in Kabul, Afghanistan the training lasted for five days and was hosted by the BMSC.

A representative of the French Embassy in Kabul, Gregory Vinot stated that “it’s the very first time that we were able to organize a training in the field of chemical precursors and an exchange of expertise in this area between counterparts from Tajikistan and Afghanistan. We in the EU are used to exchanging practices between each other, as co-operation between border security and management agencies is well established. So we are glad to share this accumulated knowledge and expertise with our colleagues.”